As with most pets or livestock; taking care of chickens isn’t always pleasant. Sure, hens provide you with eggs and are facinating to watch. But, at the same time, they can develop many different health issues. For example – you may be faced with your chickens developing problems like diarrhea.

While consulting a veterinarian is obviously the best option; you should still be aware of the common causes of diarrhea in chickens, as well as the different treatment methods. And that’s just what we’re going to break down for you right here!

Even though chickens aren’t naturally prone to overeating, it’s something that can still happen from time to time. Just like humans that happen to eat way too much – your hens can be guilty of gluttony as well! For instance if they somehow manage to make their way to your salad bed and consume it all; diarrhea is almost inevitable.

This type of diarrhea of course isn’t serious, it’s really just a case of the chicken’s gut not being used to such a glut of unfamilar food. So in this case you shouldn’t do much besides basic support; this kind of diarrhea will stop within a day and a half. Just provide enough fresh, clean water, and if possible, add some electrolyte supplements and vitamins.

If it’s particularly hot outside, you can bet your chickens will drink a lot more water than they usually would. In fact, sometimes they’ll guzzle up something like 4 cups worth in a day! For a human that’s basically nothing; necessary even. But for a chicken, that’s just too much fluid.

Couple this excessive intake of water with the heat supressing their appetite a bit; and you’ve got conditions that are almost sure to result in your hens getting diarrhea.

Luckily, the treatment is fairly simple, just as with excess food. Just make sure they’ve got enough vitamins and clean water. In addition, make sure that they’ve got a cool place to hang out in, so that their temperature goes down without the need to take on excessive water.

Provide your hens with some shallow cold water to stand in, or get them under some shade and, if possible, place an electric fan to blow air into said shady spot.

You’ll need to get them to eat more, to try and restore gut conditions to something resembling normality. You can achieve this by mixing water with feed until you’ve got a wet mushy consistency. That way, they’ll simultaneously take in some water and food.

Naturally, diarrhea isn’t the only health issue your chickens may struggle with. There are a host of other potential problems, and where possible bacterial infections are a concern (for example when a wound risks getting infected), this will involve taking in antibiotics.

But, unfortunately as well all know, antibiotics kill both bad and good bacteria. This means there is a risk the gut of a chicken on antibiotics won’t have the bacteria needed for proper digestion. This can also lead to diarrhea

In this case, you’ll definitely want to provide probiotics along with the antibiotic medication. This will help to restore the useful bacteria in their intestines. You’ll find many additives available that are designed to restore gut health in chickens.

If chickens have issues with intestinal worms, this can also cause damage to their gut and once again result in them developing diarrhea. Should you suspect this is the cause, your first course of action should be to bring a fecal sample from the affected bird(s) to a veterinarian. They’ve got a cheap test that will quickly show if the chickens have diarrhea as a result of worms.

If that does indeed turn out to be the case, you’ll have to react quickly to treat the flock. Luckily, there are quite a few medications for worming available on the market. Just be sure to follow the included instructions to the letter, and things should clear up without any further drama.

Just keep in mind the chickens will have a period of egg withdrawal while you’re treating them for worms. The length of this period varies depending on your treatment of choice, but as long as you’re aware of it then it won’t come as any great surprise.

Moving on, diarrhea can also be caused by coccidiosis. This is a parasite that mainly infects the intestines of very young chicks of less than 10 weeks old. Though, some more extreme cases do happen even in adult chickens; usually when it comes to hens who’ve been kept in cramped and unsanitary conditions.

A parasite that inhabits the intestinal lining of the chicken’s guts is what causes coccidiosis. It results in extreme weight losss, as it hampers the chicken’s ability to absorb nutrients correctly. They can even suffer from anemia, due to bloody diarrhea.

If the afflicted chickens don’t get the proper coccidiostat (medication to treat coccidiosis) as soon as possible, then, brace yourself; they will most likely die. This is definitely a condition that you need to consult with your chosen veterinarian about – and as soon as possible.

In order to treat coccidiosis , you will most likely have to buy special feed that contains coccidiostat. Apart from that, they’ll need some probiotics and a lot of carefully cleaned food and water.

The chicken coop should also be cleaned vigorously whilst the hens recover, in order to reduce chances of reinfection.

As you can see, we’ve definitely stepped into ‘more dangerous causes of diarrhea’ territory. While we’re here, we’ll also cover chicken diarrhea caused by the infectious coryza. This is a type of bacteria that festers in the bird’s upper airways and causes similar symptoms to upper respiratory infections in humans, albeit more severe.

Luckily, the disease is treatable with the right antibiotics. Though, you should ask your veterinarian about the intricacies of the treatment. Also, when it comes to infectious coryza; the emphasis is most definitely on “infectious”. This infection can easily spread from chicken to chicken if you don’t clean the coop and their other environments as much as possible.

Also, once you notice a bird has been infected, you need to isolate it from the others immediately. One of the telltale symptoms is diarrhea; though it will cease pretty swiftly with the right treatment.

You’ll notice the chicken’s combs becoming paler, as well as a general depression in their behavior; this is exhibited by a sudden decrease in physical activity.

If you see them also losing muscle mass, consult a veterinarian on how you should alter their diet to get them back on their feet, and make the diarrhea go away.

Now we’re getting to a cause of chicken diarrhea that’s not as often-occuring as some of the others on this list; but something you need to be prepared for nonetheless – poisoning. If you’re not careful enough, your chickens may have been eating moldy feed, or they’ve been nesting/laying on damp bedding. Though, poisoning can happen because of a huge range of other toxins and plants transmitted in a number of ways.

Unfortunately, when it happens it isn’t easy to spot what precisely caused the poisoning, as it’s hard to know exactly what has been eaten. That’s why it’s worth monitoring your hens closely once in a while to see what they do on a daily basis.

If you suspect poisoning and if the chicken’s condition gets any worse, ask a veterinarian for help. In many cases if you remove the cause of the intoxication, both diarrhea and any other symptoms should promptly cease without issue.

Among all of the things that can cause diarrhea in chickens, there are also numerous viruses. And just as in humans, the seriousness of these can vary quite widely. They could catch something as harmless as a sniffle, resulting in a couple of days of diarrhea that is ultimately harmless. Or, they could be struck with something more serious like fowl cholera or Marek’s disease.

For reference, here’s a list of all of the chicken viruses that can potentially result in diarrhea as a symptom:

So, what’s a general conclusion to be drawn from all of this, regarding chicken diarrhea? First of all, while in most cases it isn’t deadly; it’s still something you should treat right away.

More importantly, as you can see, it can be both a harmless standalone event; or a surface-level indicator of a deeper health issue. That’s why chicken diarrhea isn’t something you should take lightly. In th first instance, if it happens with one hen, provide her with the general treatments described in this article; clean food and water, possibly probiotics.

However if you see more than one chicken developing this simultaneously, it can be a cause for alarm. That’s when you should start looking at other indicators of what might be the underlying cause of diarrhea.

Most importantly of all – don’t do anything beyond the very basic measures described here by yourself. As soon as things look more serious you should let an experienced and educated veterinarian take a look at your chickens, who can determine if the diarrhea is a major cause for concern. 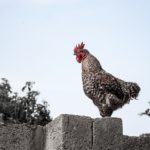 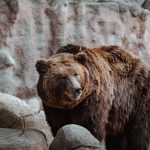 For those who want to keep chickens in their backyard or on their farm, there are many important considerations to make first. And, as most people don’t realize in the beginning, many of these important factors don’t relate specifically to the chickens themselves, or their immediate needs and habitat. When it comes to domesticated poultry, […] 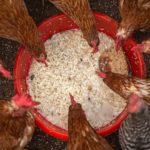