Most experienced chicken-keepers will tell you that chickens need plenty of space. After all, there’s a reason why ‘free-ranging’ is a good thing for poultry. Though, interestingly enough; you’ll find there are problems which actually arise from the opposite; at the end of the day, how do you get your chickens to return to their coop, and roost on their perch?

This is definitely a question that comes up among newbie chicken keepers all the time. More specifically, how do you get your chickens to go to the facilities you’ve provided for them, at the appropriate time?

Many have trouble getting their chickens to go into their coop come nightfall. And that’s not something you want to leave to chance – your hens need to be inside the safety of their coop come dusk.

After all, keeping the chickens safe from any potential predators is what having a coop is all about in the first place. If you want to keep the hens secure, you may want to install an automatic door on your chicken coop.

That way, you’ll know that they’re safely locked in each night, keeping your poultry secure and safe from any potential predators. And once the morning comes, the door will open up automatically – so you don’t have to get up early each morning to let them out, which is a bonus!

And sure, this is all well and good once you’re chickens are in the coop; but how do you get them to do that in the first place? Well, the good news is – chickens are naturally predisposed to coming back to the coop already. And interestingly enough, it’s all to do with their eyesight.

In case you didn’t already know – chickens have truly amazing eyesight. When it comes to colors, they can see far better than humans do, and they’re better at detecting different shades of light and different hues of color as well. Plus, they have amazing 300-degree vision; achievable even without them having to turn their heads!

However, crucially enough – chickens are not evolutionarily equipped with any form night vision. Quite simply, they’re not capable of seeing in the dark. This makes them especially sensitive to predator attacks come nightfall.

None the less, chickens can still detect whether it’s night or day outside using their pineal gland. This is situated right above a chicken’s midbrain – in other words, right behind their eyes. This enables the chicken to sense the shift between day and night, as well as the changing of the seasons. Once night starts to fall, chickens instinctively look for the safety of their coop.

Chickens Are Used To Habits

If there’s one animal that is quite literally a creature of habit, that would be chickens. If they’re at least somewhat used to the fact that they should return to their coop once the sun goes down, then they won’t hesitate to do it. Indeed, they’ll behave like clockwork.

So the good news is that chickens not returning to the coop is much more of an anomaly, than a rule.

Why Would They Not Go Back To The Coop?

If you’re reading this – you’ve obviously got some issues with your chickens going back to their coop. So, what would trigger such strange behaviour? As mentioned above, they primarily do this because it’s a habit they learn.

So if we’re talking about particularly young chickens, they simply may not have learned this habit yet. If you’ve got a bunch of 8-week old hens, chances are they’ll need some time to get acquainted with their new coop.

If they’ve just arrived from the breeder, your coop isn’t really something they’ll recognize as a home right away. Sure, you can make it as wonderful as possible; with perches, nests, treats, and a clean environment – but for a while, they’ll treat it as something strange and new regardless of how attractive the amenities may be.

On the other hand, if we’re talking about older birds – you could simply be dealing with a pest-infested coop. Sure, it’s not as bad as having a predator around; but having mites, rats or mice among the wood cracks of your coop is definitely going to be an issue. Your hens will sense their presence, and be put off from venturing inside.

Your chickens might also simply be dealing with a predator that you have not yet spotted. For example, there may be a crafty raccoon stalking them, or an elusive snake. These scoundrels are often known to sneak around coops undetected until it is too late.

Altrernatively you may be looking at a problem that’s affecting a couple of specific chickens, rather than the entire flock. If this is the case, you’re almost certainly dealing with an instance of bullying among flock members. Usually, this is an issue that will appear with the hens at the very bottom of the pecking order.

Speaking of which, your hens may simply be going through a broody phase; especially if they were known to enter the coop prior to the issue cropping up. This is nothing to get worried about, as it’s simply a hormonal issue. If your hens have gotten broody and are reluctant to go into the coop, you’ll often find they’ve found another spot that they prefer to roost in.

As mentioned, regardless of how well you furnish the coop; the chickens may simply not feel that it is their home. It doesn’t matter how much work you put into finding the best perch, nice nesting boxes, and the prettiest possible colour scheme; the chickens have to arrive at that homely feeling on their own, and in their own time.

In order to help them with this, try to make this coop as safe and comfortable as you can. Seeing as they’ll be roosting inside, provide them with everything they need. And if they need further encouragement, try locking them inside for a couple of days so they get used to the interior fully. Though you should obviously check to see if the temperatures inside are not extreme, particularly in the height of summer.

Many keepers resort to using treats and food to encourage their hens to go into their coop come nightfall. So, you could just try putting feed in the coop sometime early in the morning. If you do this for a few days, they’ll get more attracted to the idea of sleeping in the coop and going in there at night. After a while, once they’ve made this into a habit, you’ll be able to remove the feed incentive altogether.

If your chickens have used the coop before, but they’re proving to be a little rebellious as of late; try using some light to lure them into the enclosure. This is a fairly simple method, but it’s been known to work none the less.

Though, it’s important not to use anything too bright or else you could upset their circadian rythm; just a simple flashlight or torch will do the trick. If you’ve got electricity connected to the coop, use a 25-watt lightbulb. They’ll practically come running.

As you might’ve gathered from above, bullying may be the cause of specific flock members not going into the coop at night. If that’s happening, take a look at the coop and see if you’re actually providing your chickens with enough space.

Cramped up chickens can often get quite territorial. So, if you can, get them a somewhat bigger coop; or if you’re handy with a hammer and nails, extend the current one yourself! Alternatively, see if you should just reduce your flock; you may simply have too many chickens in too small a space.

If the entire flock is proving to be suddenly disobedient when it comes to going into their coop – they’re either likely sleeping in a pest-infested coop, or they’ve gotten a visit from a predator at night. So, do all you can to secure the coop against any possible predator threats.

There are many ways you can do this, and they all depend on which predator you’re dealing with. After all, raising chickens in bear country isn’t the same as deterring raccoons and foxes. Apart from that, the only thing you can do is thoroughly clean your coop. Chickens do not react well to being around pests, so that might be what’s putting them off.

Hopefully some of these insights and solutions have proven beneficial for you. As you probably already know, it’s important that your chickens remain in the coop once nighttime comes. Even in urban neighbourhoods, there could be predators lurking around – so always remain vigilant! 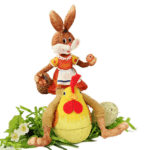 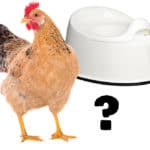 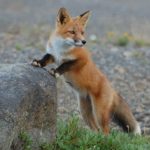 When you’re taking care of chickens in your backyard, there are plenty of things you need to worry about; from their preferred food, to the unpleasant possibility of illnesses. But besides all that, there’s another practical issue to keep in mind – their safety. Depending on your location, there are more than a few chicken […]