If you’ve just started out keeping chickens in your backyard, one thing is certain; you want to learn as much about poultry as you can. After all, gaining deep insights into their life and daily habits is crucial for keeping chickens healthy and happy.

With that in mind, you’ve probably got a whole range of questions about your little birds. One of these may very well be – can chickens swim? For people who have a body of water near their coop, this may be especially pertinent. Most people assume that chickens just can’t swim naturally – but is that really the case?

Chickens can indeed swim, however they cannot usually do so with any great level of skill or finesse. Further, chickens are not well adapted to spending any length of time in water and may suffer health problems if their feathers are saturated for any length of time.

Millions of people worldwide don’t think chickens can swim. But while that’s just a piece of poultry trivia for most people, if you’re a chicken keeper you need to be familiar with the finer details of how chickens interact with water. For example – can chickens even float on water? Well they likely can, but in many cases, this isn’t something you can check out for yourself without putting your chickens in potential danger.

During their everyday lives, you’ll definitely spot your chickens interacting with water. But that mostly happens in the form of drinking, or the occasional bit of paddling in shallow water if the day is particularly hot. On the other hand, seeing chickens swim in the true sense of the word isn’t a common sight. So, can they, at all?

Well as we know, chickens can swim. But for reasons we’ll get into below, they mostly don’t; or rather, they choose not to. The trouble is, that almost rasises more questions than it answers. For example, should you let your chickens swim, and expose them to water at all? And also, does swimming have any positive or negative effects on their health?

So, while chickens can dabble in swimming, are they truly natural born swimmers? And how good are they at it if so? If we want to examine the swimming ability of chickens at a species-wide level, doing a comparative analysis would be the best course of action. So let’s compare their swimming skills to those of another bird. One that’s a similar size, and is known for being a great swimmer: the duck.

Ducks are of course great at swimming. They’ve got a couple of physical adaptions that made their evolutionary road towards swimming a certainty. For one, their feathers are waterproof. Somewhere around their tails, ducks possess an oil-producing gland named the ‘preen gland’. They rub themselves with this oil using their beaks; allowing their feathers to remain waterproof throughout their time on the water.

They’ve also got the handy ability of being able to navigate in water, making their swimming as productive as possible, in terms of getting where they want to go as efficiently as possible. Finally, their feet are webbed and powerful; acting like paddles to propel themselves through the water.

Because of all of this, your average duck is a great swimmer, and a great paddler. Ducks evolved with swimming in mind, and they conduct themselves far more easily on water than they do on land.

But when we consider all the factors that make duck skilled swimmers, and apply them to chickens – we find they’re definitely no swimming champions. For starters, chickens possess no oil-secreting gland, which in turn means they don’t have waterproof feathers. Their feet are not webbed, which makes propelling themselves forward in water far more difficult for them, requiring a lot more effort.

They Can Still Swim

Of course, the sheer fact that chickens don’t have the evolutionary traits that makes an animal a good swimmer doesn’t mean that they can’t swim at all. Sure, they can paddle decently; even without webbed feet. Though, bear in mind, their strokes will just be far less effective – meaning they’ll make their way across the water more slowly.

Naturally, the very fact that chickens have rudimentary swimming abilities means that they aren’t exactly the worst swimmers in the world. But their physical traits hamper them in using this ability in all but the most rare of circumstances.

For example, remember how their feathers aren’t waterproof? That doesn’t just make them slower. It also means that, once they get completely drenched, their swim is done – they’ll just sink like a bag of rocks. So yes, chickens can drown even in a small paddling pool. You’d do well to not leave them unattended around a body of water that’s not completely shallow.

Now we’ve concluded just how skilled chickens are at swimming, the next question is: does swimming have a direct effect on their health? There’s no universal answer, and it depends on the specific circumstances of their swimming experience. For example, imagine if the air outside is particularly cool, and you’ve got a pool or a small pond in your yard. While you’re chickens are free-ranging, some of them may find their way into the pool.

And sure, the basic swimming abilities chickens have allow them to potentially get out of the water without drowning. But now comes an almost equally dangerous factor – the cold. It doesn’t have to be 30 degrees outside; your chickens are still in danger of hypothermia. This is no joke either, chickens can easily die if they’re saturated and not taken care of immediately. So, what should you do? Once you notice that a chicken has been swimming out in the cold, immediately dry them off, and make sure they’re warm.

There’s another factor that affects chicken swimming, and it’s somewhat ignored when discussing how chickens handle water, and that’s their tendancy to panic.

If we go back to the duck comparison, we’ll find another difference between the two birds. Ducks react to water quite calmly, and unsurprisingly so given that they spend a huge portion of their lives swimming.

Chickens on the other hand are prone to panicking when they suddenly enter water. They easily get scared – which, just like with humans, makes the prospect of drowning far more likely. For example, there have been examples of chickens tragically drowning in something as simple as a bucket of water due to sheer panic affecting their natural survival instincts.

A lot also depends on the temperament of the individual chicken. Those chickens that are naturally calm will have an easier time adjusting to a sudden or unexpected swim, while panicky birds are obviously more likely to drown. Just like people, chickens have different character traits; meaning some will be better suited for handling situations they aren’t used to than others.

Should Chickens Swim in Pools?

Sure, these videos are fun, and they seem to trend frequently on social media; showing tiny hens swimming around or floating in backyard pools. And in many of them, the chickens seem content with floating around, showing no signs of distress. So, should you let your chickens swim in the pool?

Well, the answer isn’t simple. Sure, physically, some individual chickens may be fine with swimming. But on the other hand, the pools themselves might not be a sanitary environment for them. Think about it; swimming pools in particular are kept as clean and sanitary as possible. To that effect, we use a wide range of chemicals, which sometimes have quite a high concentration of different enzymes, sanitizers and oxidizers. In some cases, these chemicals may prove to be harmful to chickens. That’s why we don’t recommend letting them swim just anywhere.

If your birds like swimming on occasion, or you find it fun to watch them do so; your best course of action would be to let them swim around in a children’s paddling pool filled with untreated water. Also, make sure you arrange some kind of raised area for them to step straight onto in case they need to exit the pool quickly due to cold or being drenched in water.

There’s actually a reasonably high number of poultry owners that keep ducks and chickens together in their backyards. With that kind of setup, they usually have a tiny pool available to their ducks; meaning that it’s not unfathomable that chickens could get in there as well.

While that’s all well and good, you should definitely make some precautions for your chickens to remain safe, like we’ve mentioned above. For example, put down some bricks or blocks at the inside edges of the pool, so that the chickens can get out when they want to without difficulties.

And if you do decide to place a chicken in the pool with ducks, or in a larger pool you swim in yourself; do not leave them without supervision at any time. Think of this in the same way you would care for a small child in the pool or tub. Watch them while they swim, and if you see any signs of weakness or distress – pull them out and proceed to dry them right away. 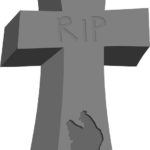 If you’re keeping chickens in your backyard, there’s an unfortunate event that you’ve probably dealt with at some point, or else you certainly will in future. One minute, you’re looking at what looks like a completely happy and healthy chicken. It’s eating regularly, running around, and generally seems to be enjoying itself. But the next […] 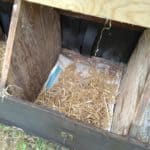 Introduction When it comes to the question of if it is safe to keep chickens during pregnancy the answer is, “Yes, but with extra safety precautions.” After all, for thousands of years humanity has kept chickens, including during pregnancy, but with modern advances in our understanding of germs and bacteria, we also know that while […]